I used a GPS based app called dragy, to actually find out if the 4 cylinder engine is better than the V6 engine. From my test run I did on both the new engine and the transmission setup prove that the new TLX is faster, .3 actually. Acura says that the new TLX 2.0 will do it in 6.5 seconds, which means my test technically proved a better result.

The TLX continues to offer both a four- and six-cylinder engine. The standard is a turbocharged 2.0-liter inline-four that makes 272 horsepower and 280 lb-ft of torque, which is the one that we have in this A Spec. Also a  Type S high-performance trim will be offered which is offered with a turbocharged 3.0-liter V-6, which generates 355 ponies and 354 lb-ft. It comes standard with Acura’s Super Handling All-Wheel Drive (SH-AWD). While the regular TLX starts with front-wheel drive, it can be had with SH-AWD too. Every version features a 10-speed automatic transmission, but the Type S receives unique tuning for sportier behavior. The TLX is built on a new and exclusive platform with a double-wishbone front suspension that’s said to improve its ride-and-handling versus the last generation. The sedan also now features variable-ratio steering, an electrically controlled braking system, and available adaptive dampers.

In this video I put the new vs outgoing model through the pace to find out if the new TLX is any better. 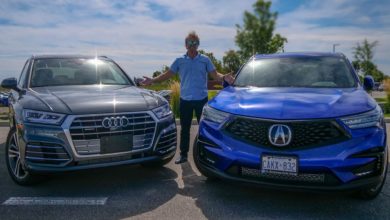 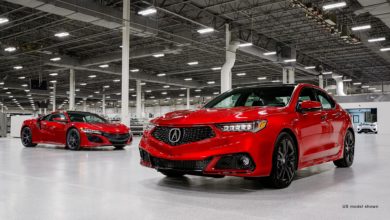 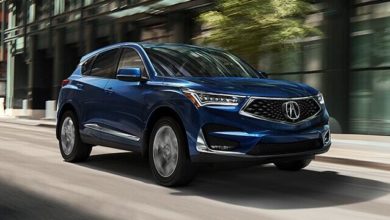