What Does the Future have in Store?

In the coming age, we’ve been conditioned to want everything faster. Including getting from one place to another as quickly as possible. The desire for faster speeds has greatly influenced the evolution of the automobile. Ever since Karl Benz invented the first true automobile between 1885 and 1886, man has sought out to revolutionize this invention by making it faster, stronger, more durable and easier to handle. Cars are one of the most common modes of transport used today with over 300 million people using cars in North America alone. The number is growing each day. Today we have cars that can travel over 300 miles an hour; cars that can drive through wild terrain and desert landscapes; and cars that use electricity to run. We also have armored trucks used for protection and warfare. And yet the evolution hasn’t stopped. So what does the future have in store? We take a look at one of the most exciting inventions in the automobile industry– self-driving cars.

In the search to make transportation easier, man has been seeking to remove the human factor altogether. Computers and AI programs might soon replace the human driver. We already have Autopilot modes in airplanes and automatic train operations. Can the same be implemented in cars?. Interestingly, people have been conducting experiments on self-driving cars, also known as Autonomous cars, since the early 1920s. But working prototypes didn’t come on the scene at least until the 1980s. The first prototypes used transmitted radio impulses to control the cars as they moved along the streets, but they had to have a second car following it to transmit the signal. In other cases, an automated highway system would control the cars. The cars would have sensory coils at the front that would pick up signals from magnetic metal spikes inserted on the highway, and they would communicate through electromagnetic impulses. As technology progressed, visual cameras were used to relay information and process images to a computer that would then map out the route for the car. However, these cars only travel below 20 miles an hour. And with the introduction of GPS in the 1980s and the production of more powerful and capable computers and AI inventions, the capability of cars to read and react to their environment has also increased.

Presently, autonomous cars mainly rely on multiple integrated types of sensor systems such as sonar, laser, GPS and radar. They also implement software to safely navigate and control the vehicle. A lot of cars in operation today are semi-autonomous in some way or form. For instance, they have assisted braking systems and parking systems. There are different levels of Autonomy, and it’s always a balance between human input and assisted and computer integrated systems in the car. Fully autonomous cars are expected to steer themselves without any human aid, speed up and brake by themselves and also park by themselves. They do it by mapping out their surroundings and detecting lane boundaries and obstacles using their sensor systems. In the near future, self-driving might be integrated with next-generation traffic lights, and also relay information to other vehicles on the road.

Companies like Google and Uber are already showcasing their prototypes. Google’s prototype has at different stages used laser, sonar, cameras, and radar to create a navigation map for the car. Uber’s prototype, on the other hand, uses over sixty laser beams to create a navigation map. While most experts feel like we are still a long way off from having fully autonomous cars effectively running on our roads, a great number of companies are working to produce their own self-driving cars by the next decade. Nissan is expected to launch its own working prototype by the year 2020. Elon Musk from Tesla unveiled an AI chip in April 2019 that would help revolutionize self-driving cars. He also said Tesla would have a million self-driving cars in a years time–That’s also by 2020. Companies such as Mercedes Benz, Ford, and BMW are also working on their own self-driving cars. 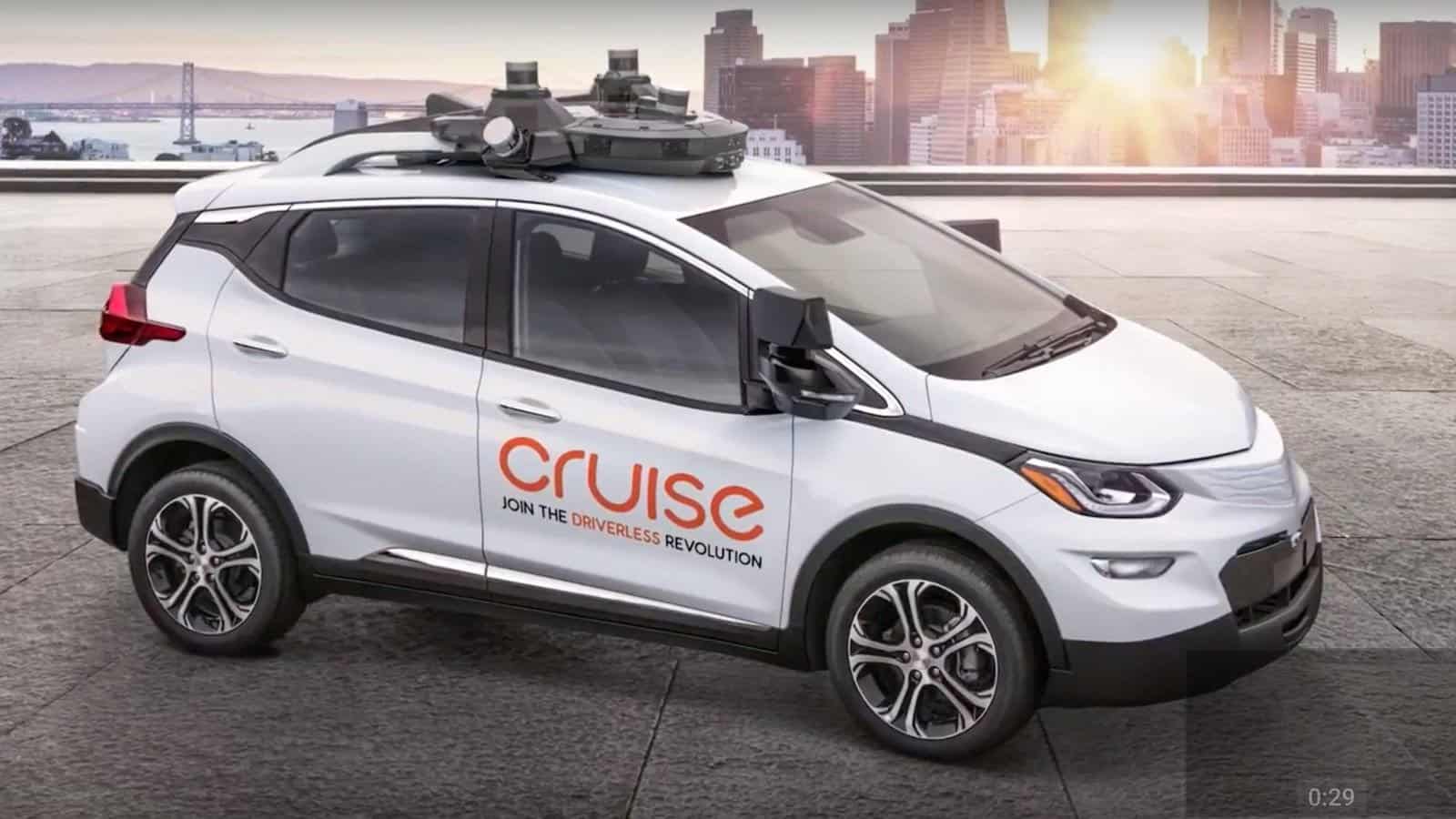 AI technology has advanced over the years and has also had an impact on the automobile industry. It has been used as a driver assist tool for mapping out routes, in identifying and alerting drivers on accident-prone situations through the use of sensors, in traffic detectors and to some extent assisting in steering. In fully autonomous cars, AI is supposed to receive and process data from sensors and cameras to generate signals that create a route and control and operate the car. AI also predicts patterns of objects along the cars travel route and responds accordingly. It also monitors vehicle operational systems and can predict potential problems in the functionality of the car. The technology can also be used in safety features such as preventing car theft since it monitors who gets in the car. AI can also monitor sitting positions of the occupants in the car and, in case of an accident, launch airbags in the safest way possible. Another advantage of AI is it’s learning capability. It processes data and is constantly learning new and better ways of handling situations. Leading companies at incorporating AI technology in self-driving cars are Tesla and Google. 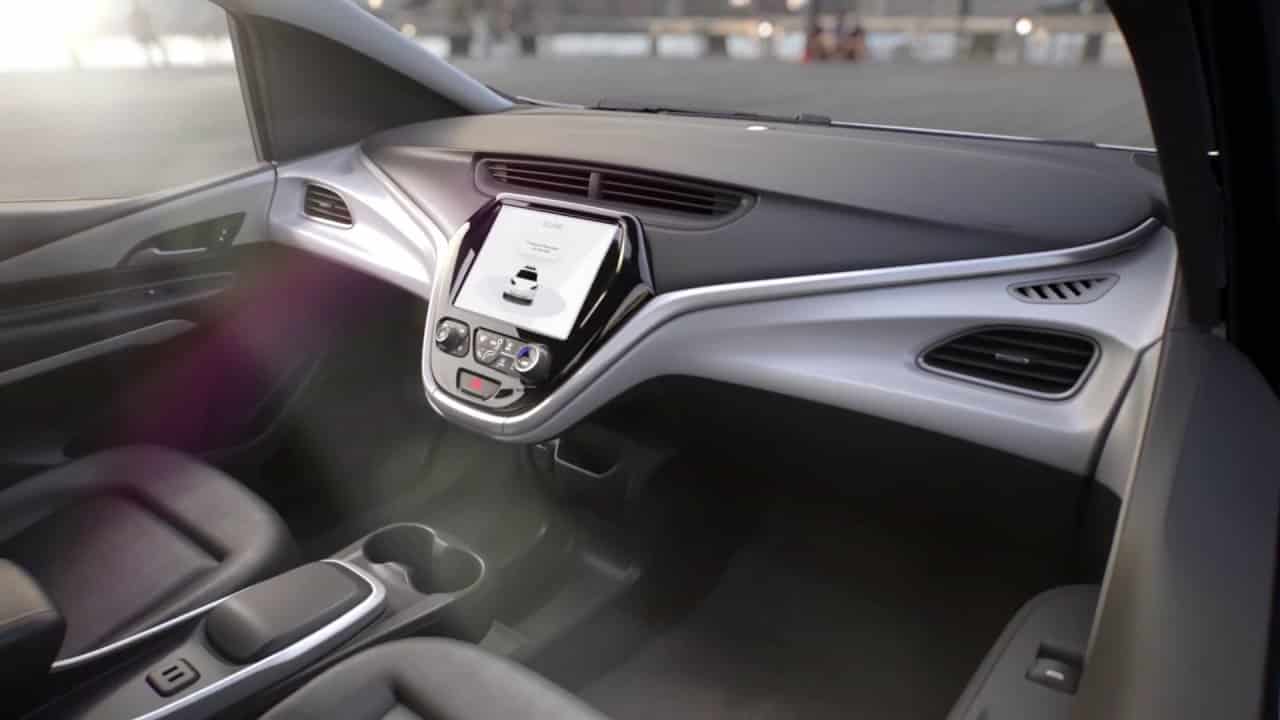 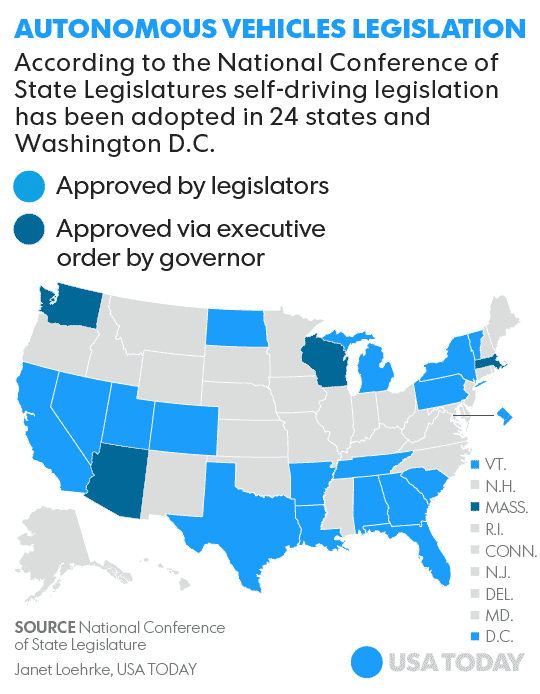 • Self-driving cars would also bring about reduced traffic. With the integration of self-driving cars and next-generation traffic lights, traffic on the roads is expected to reduce. This is because cars will be able to communicate with each other. And especially with the launch of the revolutionary 5G network in the near future, cars will be able to send signals to each other and respond in a matter of milliseconds. It will help them maintain safe distances from each other thus reducing crashes and consequently reducing traffic.

• Autonomous vehicles would also increase human productivity. Time taken to concentrate on driving could effectively be used for other things such as writing, reading books, taking a nap, making business calls and much more.

• Self-driving cars would also provide for easier transport of the disabled, the elderly and children. Parents would not have to drive their kids to school every morning especially when their schedules are tight. The elderly and the disabled could move from one place to another without the need for assistance from anybody. 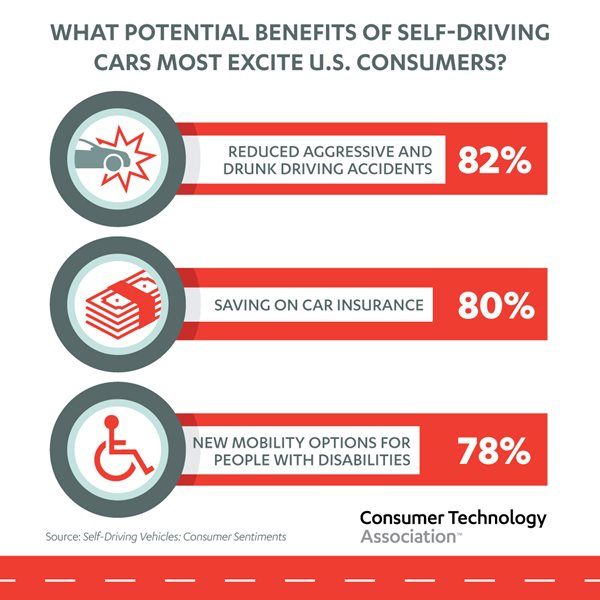 • Self-driving cars will also help people save money. With reduced crashes, many people would spend less time and less money making repairs for their cars. Moreover, with the capability of the AI system to predict a problem before it occurs, less money could be spent on fixing the repairs as opposed to cases where the car finally breaks down. The car could also break down in unexpected, harsh places that would lead to more expenses. Fewer crashes could help reduce insurance cost for many car owners.

• Self driving cars are also beneficial to the environment. The reduction in jams will eliminate unnecessary idling and will save fuel and reduce the amount of green house gases emitted into the atmosphere. Car sharing and automation may also increase the demand for electric cars.

As of today, there are a few places in North America that allow the use of self-driving cars on a public road. In some states in the US, self-driving cars are legal. Nevada was the first state to allow the use of autonomous cars on public roads. In Canada, there has been some progress in creating legislation concerning autonomous cars, and this is mostly because of the Ontario government’s automated vehicle pilot project. The project allows testing of self-driving vehicles on road but with a permit and a driver in the car in case anything goes wrong. An autonomous vehicle without steering wheel or pedals cannot be allowed on public roads in Canada. 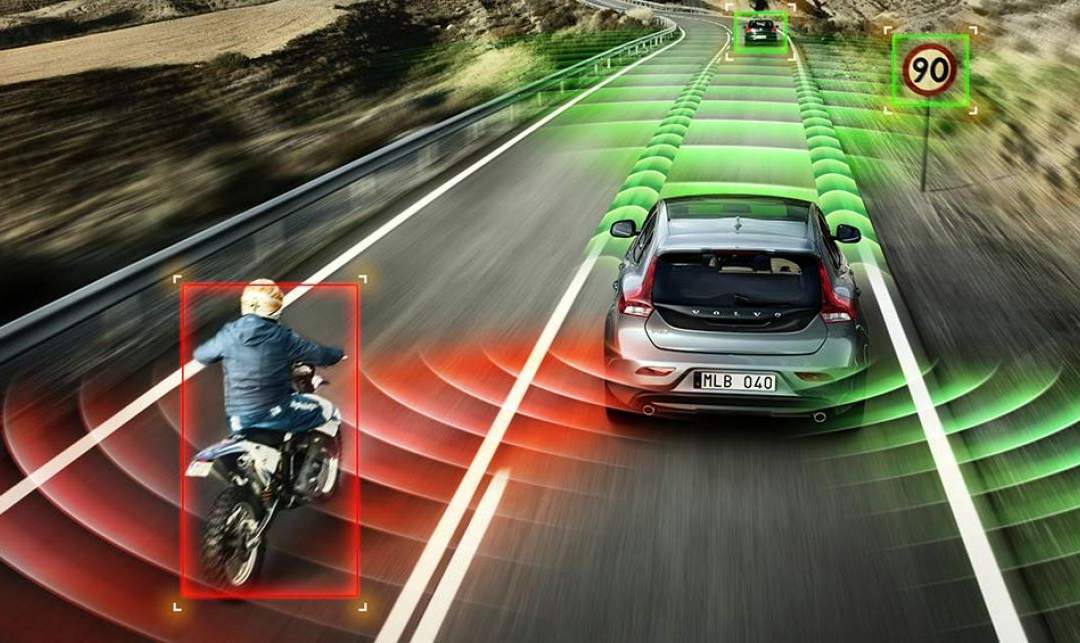 The future of the Automobile industry seems bright and exciting. Self-driving cars would be a large milestone towards safer and easier transport on our roads. Though we might not see effective use of self-driving cars possibly for the next five years, they would be a welcome addition to a growing and an evolving modern world. We can all imagine a world where accidents are at the minimal, traffic jams are a problem of the past, and taking a nap or reading a book while going to work is possible. Many people are looking forward to seeing what the automobile industry comes up as far as self-driving cars are concerned.